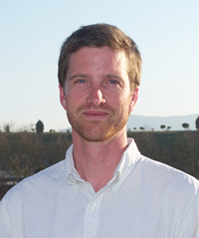 Tim Kuhner is an associate professor of law at the University of Auckland, New Zealand, and the author of several books about political integrity:

Overview of the issues:

These are troubling times for capitalism and democracy. Our era is characterized by radical inequality, high levels of money in politics, democratic decline and rising authoritarianism, Supreme Court opinions that strike down campaign finance reforms, and an overall crisis in confidence. The result is a new tyranny and a new era of political exclusion. Since assuming office, Donald Trump has taken things to a new level, establishing a kleptocracy.

The tremendous heights of money in politics trigger uncomfortable questions: Has our mode of government come to stand for economic liberty over political liberty? Have our political values been co-opted by economic values? Money as speech, limits on money in politics as censorship, corporations as citizens, democracy as a market… Have wealthy individuals and corporations consolidated their power through political channels?

It is time to expose how constitutional rights of free speech, association, and citizenship have been reshaped to maximize the power of the wealthy and decrease the power of ordinary citizens. At the hands of the U.S. Supreme Court, a democratic constitution has morphed into a free market constitution.

We must explore how and why this occurred. And we must examine the effects of these changes on both democracy and capitalism, for it too has been corrupted. Plutocracy and crony capitalism go hand in hand.

Most of all, we must reform the law of democracy in order to guarantee freedom, equality, and self-government for all, regardless of socio-economic status. While the Constitution and federal legislation have taken steps to prevent political domination on the basis of race, sex, ethnicity, and religion, U.S. law allows political domination on the basis of wealth. This catastrophic vulnerability points the way to a new stage of the civil rights movement.

This site is dedicated to discussing: